Technology How It Works Whitepaper FAQ

At the heart of RightMesh is a mesh networking protocol that allows direct, P2P (peer-to-peer) connections between disparate devices, and makes use of cryptocurrency (RMESH) to incentivize people to share mobile device resources such as bandwidth, data and storage with those who lack access.

Third party mobile app developers will be able to use the RightMesh SDK to integrate RightMesh technology into their applications, thereby increasing global connectivity and facilitating international communication and commerce.

What inspired the initial concept?

A few years ago, when the multinational team from Left needed to Skype with each other, all the employees in the Bangladesh office had to stop what they were doing and get off the internet to free up the bandwidth to be able to use Skype. The team there decided, as a gift to our co-founders, John Lyotier and Chris Jensen, to find a solution to this problem. They developed an app that let them continue to communicate directly with each other, even when they couldn’t access the internet. The Canadian team conducted market research and found that the problem of internet non-connectivity, particularly in developing nations, was a wide-spread problem with massive economic and social implications. It was then that the Left leadership team realized the potential of how expanding the concept of this initial app could make a lasting and meaningful difference to the world.

Mobile mesh networking turns smartphones into a network of nodes in a when needed, self-forming, self-healing, self-regulating network. This is done through the use of communications technology that are inherent to mobile devices such as Wi-Fi, Wi-Fi Direct and Bluetooth.The nodes can communicate directly P2P (peer-to-peer) without relying on internet access, or if one node in the network has connectivity through internet or data, it can share it’s connectivity with other nodes on the network.

What makes RightMesh different from other mesh networks?

There are four key differences between RightMesh and other mesh networks. They are:

1. RightMesh does not require any hardware or fixed infrastructure; it simply utilizes the devices that people already have to form a network

3. RightMesh uses a combination of Wi-Fi, Wi-Fi Direct, and Bluetooth capabilities inherent in each mobile phone (with the possibility to add others in the future) to establish a physical link between devices.

4. RightMesh has an established team with high levels of business and technical experience and expertise. The company is unique in their ethics and ethos to use those advantages as a force for good.

What devices does RightMesh operate on?

RightMesh runs on any Android device (version 4.0 or higher). The team intends to expand the technology to other devices and platforms in the future.

Why doesn’t RightMesh work on my Apple devices?

The initial target region, where the technology can make the largest positive impact, is in emerging markets. These regions are dominated by Android users with 87% of the market being Android devices. Because of this, the development team’s focus is on building out the platform in accordance with our potential user base.

What hardware does RightMesh use?

RightMesh does not use dedicated hardware as the phones themselves provide everything necessary to form mesh networks. Our solution is entirely a software approach that works within existing smartphones.

What is the underlying physical link layer for RightMesh?

RightMesh will utilize Wi-Fi, Wi-Fi Direct, and Bluetooth which are inherent in the smartphones the team is working to connect. There are plans to integrate additional technologies over time.

What is the range of connectivity for RightMesh?

Does one RightMesh node always need to be connected to the internet?

No, RightMesh allows for 2 modes of connectivity. One mode connects devices directly and is completely offline. The second mode allows devices that do have internet connectivity to share with other offline devices.

Can general purpose internet traffic be shared across RightMesh?

The RightMesh technology roadmap includes support for general purpose internet traffic over a mesh network, including search capabilities and browsing. Until these capabilities are developed, RightMesh works with “mesh-enabled” applications only.

Can nodes on geographically disparate meshes communicate with each other?

Yes, users can communicate across meshes by connecting to an internet connected RightMesh node. The data will travel from phone to phone until it reaches an Internet-connected phone, then it will be routed through the internet to another Internet- connected phone in another mesh, and then will again travel from phone to phone until it reaches its destination. For example, a mesh located in Bangladesh could connect to a mesh in Los Angeles so long as one node in each mesh is connected to the internet. The message would then hop from device to device offline until it reached its destination.

What do you mean people can sell data into the mesh?

People that have excess cellular data on their mobile plans, unlimited plans, or are connected to free or low cost Wi-Fi networks may opt to set a price for relaying this data into the RightMesh network. Another user will be able to buy this data to join a larger mesh than the local one in which they are a part of. This Internet sharing will allow one large mesh to form made of small localized meshes. In the future, it will however, be possible to support general purpose Internet traffic. However, apps which have not natively included RightMesh will still revert to the old Internet centric behaviour and will still remain expensive and inefficient. Apps which use RightMesh will always be able to use local traffic first making more efficient and cheaper access to nearby people.

Where can I find the source code for existing mesh enabled apps?

The source code for RightMesh’s own apps will always be published on Github, although the majority of apps will be developed by RightMesh partners. Check out Github to see current sample apps.

What blockchain does RightMesh use?

RightMesh uses the Ethereum blockchain for settling transactions and payments between participants in a RightMesh network. The platform has been built in a way that is open to change in the future; therefore, the team is always researching capabilities of new blockchain solutions.

How is Ethereum incorporated into RightMesh’s network solution?

Core to the RightMesh network is an Ethereum account and identity layer that uniquely identifies every node in the mesh. This is used because traditional identity methods (IP addresses) will not work adequately in an off-the-grid mesh world.

Each device will also have a RightMesh wallet where a user can earn from sharing their Internet or mobile data bandwidth, or to purchase that bandwidth from others (if applicable). When data is transferred in the network between two nodes, transactions across all nodes in an active mesh network will be settled on the Ethereum Mainnet through payment channels and facilitated by RightMesh Superpeers.

Why does RightMesh need a token?

Successful mesh networks depend on density. Incentivizing good behaviour by establishing a valuable reward (RMESH Token) that can be earned for sharing behaviour will grow the network. The RMESH protocol token, based on the ERC20 token standard, facilitates the sale of goods and services within the RightMesh network and empowers users to become micro-entrepreneurs by monetizing their excess device resources.

Contact us about partnership opportunities for off-grid connectivity solutions. 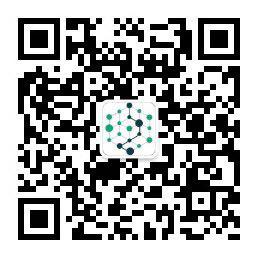